Cheyenne Johnson appointed Executive Director at BC Centre on Substance Use 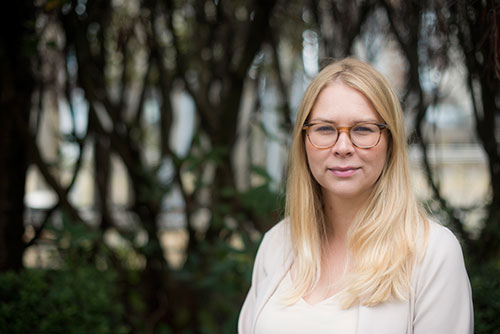 Cheyenne Johnson has been appointed Executive Director of the BC Centre on Substance Use (BCCSU).

She was originally appointed by government as the Interim Operations Director to help establish the BCCSU’s framework for implementation. Since the BCCSU's establishment in 2017, Ms. Johnson has held the roles of Director of Clinical Activities and Development and Director of the Addiction Nursing Fellowship.

Under her leadership, BC has been a leader in substance use guidance and education. She has played the lead role in establishing the Provincial Opioid Addiction Treatment and Support Program, as well as a host of other core addiction education and clinical care guidance programs in BC. She is also actively involved the BCCSU’s interdisciplinary program of research related to substance use, as a co-investigator and supporting broad knowledge transitional in to improvements in policy and care. She also brings to bear her substantial experience in clinical trial operations (she is also a Certified Clinical Research Professional with experience in more than 20 addiction medicine, HIV/AIDS, dermatology, and ophthalmology clinical trials) as well as her background in health professions education, coordination and integration of care, and knowledge translation.

Ms. Johnson, born in Salmon Arm, BC, is status member of the Tootinaowaziibeeng Treaty Reserve in Manitoba. She is a registered nurse and an Adjunct Professor at the School of Nursing at the University of British Columbia (UBC).

Your ticket for the: Cheyenne Johnson appointed Executive Director at BC Centre on Substance Use

Cheyenne Johnson appointed Executive Director at BC Centre on Substance Use