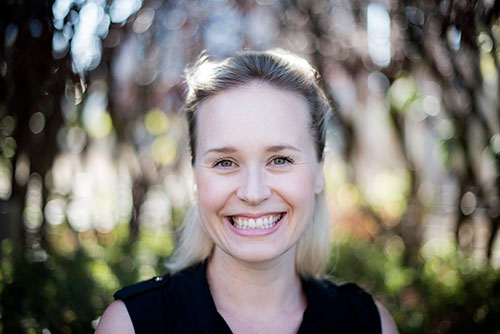 This month, we chatted with Dr. Danya Fast, a Research Scientist at the BC Centre on Substance Use and an Assistant Professor in the Department of Medicine at the University of British Columbia. Her research focuses on tracing the substance use treatment trajectories of young people in Greater Vancouver as they navigate multiple systems of care and supervision and the current overdose crisis.

Read her interview below to find out more about her research featured in the Medical Anthropology Quarterly, “Going Nowhere: Ambivalence about Drug Treatment during an Overdose Public Health Emergency in Vancouver.”

Q: How did you come to write this paper?

A: It began when I received a grant to investigate the drug treatment trajectories of young people in Greater Vancouver in 2017. Up until that point, I had mostly been spending time with young people where they were living, sleeping, working, and socializing, and then they tended to disappear from my view on those occasions when they entered treatment.

After the declaration of the overdose emergency, I was seeing two things going on: residential treatment settings and pharmacotherapies were creating this sense of forward momentum and future promise for some young people, while at the same time, there were other young people who were experiencing a sense of stagnation and very actively avoiding treatment settings. I started to think about how young people's lives were unfolding through but also around treatment as they evaded the places in which it is delivered. Those thoughts were what formed the first iterations of this paper.

Q: How do young people experience and perceive drug treatment?

A: For some young people, treatment, including pharmacotherapies like Suboxone, seemed to hold out a sense of future promise. There was a powerful and positive sense of forward momentum generated by engagement in treatment. In the paper, I talk about how that was to some extent generated by all the planning and goal-setting that goes on in treatment settings.

For others, there was this sense that treatment couldn’t ultimately take them anywhere that they wanted to go, leading them to begin evading or outright refuse treatment. For some of the young Indigenous who I followed across time, their refusals were powerfully racialized and shaped by the numerous negative encounters they had experienced with various services and systems across their lives, as well as intergenerational experiences of utter and total failure of the state and our healthcare system to foster the health and well-being of Indigenous people.

Q: Why is it important to understand the ambivalence youth are expressing towards drug treatment programs?

A: I hope that this paper helps us understand why we have so much trouble engaging some young people in treatment and care, even in places like Vancouver where we have relatively good service coverage and many dedicated and well-trained providers.

Many young people reflected positively on their time in treatment. Yet, sometimes there’s this lingering question of “Okay, I’m really happy to be here right now, but what’s next for me? I can’t get a job or housing in this city, so why would I go through this treatment program only to potentially still be end up homeless again?”

Young people’s ambivalence towards treatment is generated in what I call the “broken promise land of history and the neoliberal state.” Until we address the violence and harms of colonialism and capitalism, some youth are likely going to regard treatment as something that isn’t going to get them anywhere.

Institutional environments such as treatment settings can actually signal danger for many youth. Some of the young Indigenous people I knew often compared residential treatment settings to places like jails and group homes which were very, very harmful to them.  Until communities are given the resources they need to flourish – to bring up their young people with more opportunities – we’re going to continue to struggle to connect some youth with these places, no matter how beautifully well-designed they are.

Q: What are some of the things that the young people you’ve spoken to say they need and want from drug treatment or other services?

A: This will not be a surprise to anyone, but what they want and need is safe and stable housing that feels like a home. A home that feels like theirs. They want opportunities for schooling, training, and employment. They want access to “leisure,” which includes access to social connections and culture. Many of the providers I know in youth-dedicated treatment settings are well aware of this; it's just that the funding isn't necessarily there, and most resources are stretched.

A common thing I hear from youth is, “I want treatment that’s not treatment.” What I often think they often mean is, “I want help that goes beyond things like methadone and Suboxone and the 12-step programs.” They want access to activities that make them feel good and that connect them with other people and their cultures. They want to feel connected to aspects of who they are, and who they’re hoping to be.

Your ticket for the: Q & A with Dr. Danya Fast