With the majority of fatal opioid overdoses occurring alone and inside the home, tenant-led interventions in single room occupancy (SRO) hotels are urgently needed, according to new research from the BC Centre on Substance Use (BCCSU) and University of British Columbia (UBC).

In 2017, 88% of illicit drug overdose deaths in British Columbia occurred inside (59% private residences, 29% other indoor locations). In SROs, many residents have described the chaos and lack of organization in their buildings in responding to overdoses.

In response, the City of Vancouver funded a six-month pilot for the SRO Collaborative to support Tenant Overdose Response Organizers (TORO) in 10 privately-owned SRO hotels with the highest rates of overdose. Eighteen people were hired to work with nurses to provide overdose response training and deliver harm reduction education and supplies to tenants and landlords, as well as distribute naloxone and develop a system to respond to overdoses in their buildings. Researchers found this tenant-led intervention is highly successful in responding to overdoses in SRO hotels.

“I am grateful that the City’s investment in the TORO pilot program has provided urgently needed support for tenants living in SROs with the deadliest track record for overdoses,” said Mayor Gregor Robertson. “Stigma drives people to use drugs alone at home—it’s a tragic combination and that’s where we see the majority of overdose deaths taking place. By supporting tenant-led interventions in SRO hotels, we are better able to reach and provide help to our most vulnerable and socially isolated residents.”

Researchers interviewed both TOROs and tenants about their experiences with the program, who reported a high level of receptiveness to the TORO program as a timely and important mechanism to respond to the overdose problems in their buildings. People reported an increased confidence in responding to overdoses in their buildings. Additionally, the TORO program was effective in engaging socially isolated and transient people who use drugs in naloxone training and distribution.

“The expansion of harm reduction services have been crucial in responding to opioid overdoses, however these interventions don’t always reach drug users who are socially isolated,” says Ryan McNeil, research scientist at BCCSU and senior author of the study. “The high frequency of overdoses in SRO settings makes it especially critical to look for peer-led, targeted in-reach opportunities to make harm reduction services more accessible to those residents.”

They found the level of acceptability of the TORO program was high, with participants describing the urgency for an intervention amid the frequency of overdoses in their buildings.

“TORO started because we were seeing our friends, families and community members dying in large numbers. We live in hotels, we know what we need to take care of each other. SRO tenants need training, equipment and continual wrap around support from their peers, in order to build up networks of care,” says Samantha Pranteau, who is one of the TOROs. “We do this with no judgement. TOROs help people stand up and have a voice, reduce stigma, and draw people together to make an inter building bond. We build each other up and empower each other. We are a family and our family network is growing.” 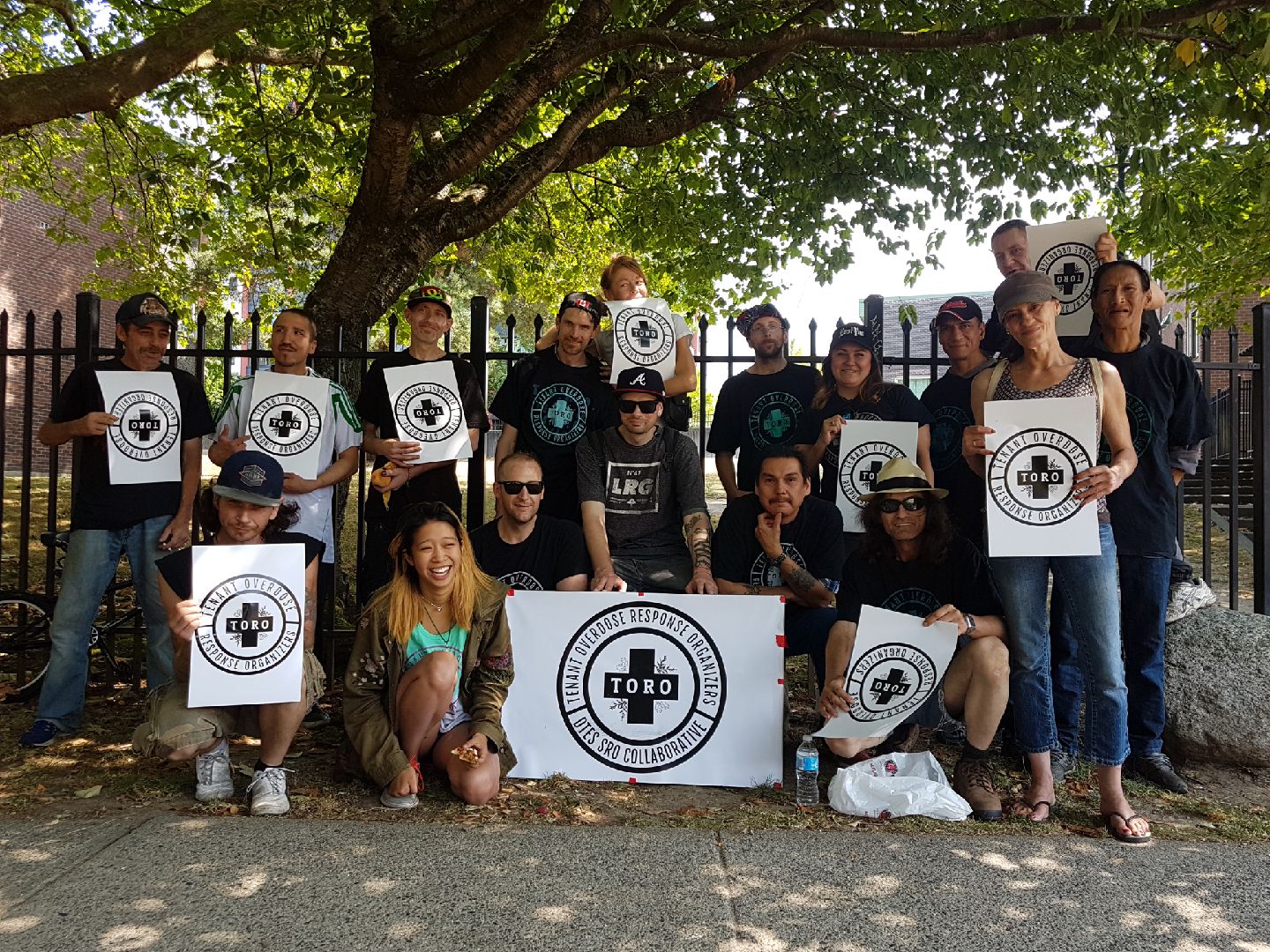 While the program was positively received by both TOROs and residents, researchers pointed to the need to address structural barriers to effectively implement the program and ensure its stability, such as housing insecurity, evictions, and lack of support from building management.

About the BC Centre on Substance Use
The BC Centre on Substance Use (BCCSU) is a provincially networked organization with a mandate to develop, help implement, and evaluate evidence-based approaches to substance use and addiction. As a research centre of Providence Health Care Research Institute and a University of British Columbia Faculty of Medicine Centre, the BCCSU’s vision is to transform substance use policies and care in BC by translating research into education and evidence-based care guidance. By supporting the collaborative development of evidence-based policies, guidelines and standards, the BCCSU seeks to improve the integration of best practices and care across the continuum of substance use, thereby serving all British Columbians. The BCCSU seeks to achieve these goals through integrated activities of its three core functions: research and evaluation, education and training, and clinical care guidance.

For more information or to schedule an interview, please contact:
Kevin Hollett, BC Centre on Substance Use
778-918-1537
[email protected]

Your ticket for the: Tenant-led overdose response in Vancouver SROs proves to be effective at reaching socially isolated